In the present study we show the capacity of an extract of the fern Polypodium leucotomos (PLE) to partially inhibit the production of cytokines showing a Th1 pattern (IL-2, IFN-gamma and TNF-alpha) in human PHA-stimulated peripheral blood mononuclear cells. The percentage of inhibition was 24% for IL-2, 72% for INF-gamma and 53% for TNF-alpha. With regard to Th2 cytokines, the addition of PLE resulted in a significant increase (33%) in IL-10 production. Surprisingly, the production of the inflammatory cytokine IL-6 was completely abolished (100% inhibition) by PLE at all doses tested. In a second experiment in vivo we show that, the topical application of PLE to the skin of hairless albino mice (Skh-1) significantly diminished the mast cell infiltrate as well as the number of blood vessels triggered by chronic ultraviolet B (UVB) irradiation. These data show that PLE moderately inhibits the immunological Th1 responses, thus explaining the immunosuppressive as well as the anti-inflammatory and antioxidant activities reported in other studies carried out with PLE. The clear inhibitory effect on TFN-alpha and IL-6 production strongly suggest that this may be the mechanism by which PLE: (a) inhibits angiogenesis in vivo in the mouse model described here, and (b) prevents Langerhans’ cells depletion caused by solar irradiation in humans. Taken together, these data suggest that PLE works through the induction of suppressive/anti-inflammatory cytokines such as IL-10 and/or TGF-beta which in turn appear to allow the partial deactivation of macrophages or other accessory cells. These features suggest that PLE could be useful in the treatment of autoaggressive/inflammatory conditions due to an exacerbation of Th1 responses.

Whether it’s a graduation, wedding, new baby, family portrait or other event you’d like captured, I’d be delighted to apply that magical touch through amazing art photography. 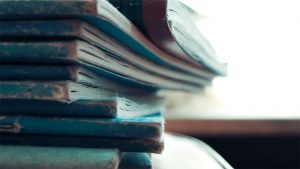 Additional parameters: Blood analyzed taken from the heart. Once the toxicology was completed, the animals were sacrificed and the following organs were extracted, weighed and preserved in formalin for a histopathological analysis: heart, lungs, liver, kidneys, stomach, suprarhenal, pancreas, testicles, ovaries, large intestine, small intestine, bladder.

Results: No abnormalities or alterations attributed to the administering of PLE were found.
* Complete toxicology data is fully available for rats, mice and rabbits.
** This dose is over 1200 times the recommended dose for a 70 kg adult in a single serving or approximately 1.4 kilos of pure PLE extract (2.8 kilos of PLE powder). This dose did not provoke the death in any of the rats, mice or rabbits in the study, rendering the product completely non toxic when used at suggested dose.

Introduction and Obejectives
Several studies have shown the existence of abnormal immunological phenotypes in MS, and more specifically a imbalance in the suppressor function.

Objectives: To determine quantitavive abnormalities in the lymphocyte subpopulation of MS patients, to establish the relationship with the different clinical pictures and to study the response to the treatment with an extract of Polypodium leucotomos.

Patients and Methods: 12 patients, 10 women and 2 men, with well established MS; mean age of 43.7 years; evolution time 6.5 years; treated for one yeat only with an extract of Polypodium leucotomos (360 – 720 mg / day). The immunological phenotype was studied counting the lymphocyte sub population.

Statistical analysis were carried out by non parametric techniques.

Results: More frequent basal immunological alterations were increased CD4 in d LB (62.5%), decreased CD8 suppressors (50%). There was no correlation between the increase in ICD4 in LB – progressive form and decrease ICD8 – relapsing / remitting form. The treatment brought the lymphocyte count to normal in 100% of the patients with increased CD4 in B. the clinical evolution, according to the EDSS scale was: Normal development of course of disease 3 patients (37.5%), stabilization and improvement 5 patients (62.5%) Increased in ICD8 suppressor figures were normalized in 3 patients (50%); worsening was recorder in only 1 patient.

A personal experience on 495 patients affected by several forms of psoriasis and its answer to the treatment with Anapsos (Polypodium leucotomos extract) is presented. The whitenings between 80% and 100% of the affected skin were achieved on 304 patients (61.41%); 46 patients whitened between 30% and 80% of their lesions, 15 obtained null results and only 11 had relapses. It is remarkable the high number of abandonments to treatment which came at 119 patients (24.04%) due to slowness of process and other reasons probably. The association with PUVA which shortens the treatment and gives other advantages is pointed out as positive. The average time of treatment was 6 months, and daily doses were from 80 mg. and 720 mg. depending on age, weight and treatment phase. Side effects appeared in two patients only: one with intense pruritus and the other one with gastric disturbances. In both cases, these side effects disappeared when the treatment was interrupted.PMID: 6348443 [PubMed – indexed for MEDLINE]Comments: Out of 495 patients 93% of those who completed the 6 months treatment with Polypodium leucotomos extract showed good results.

Comments: Most patients showed significant improvement within the period of treatment.

Calaguala, an ext. from the fern Polypodium decumanum, is used to treat psoriasis and related immunol. disorders. The inhibitory activity of the ext. was studied in 2 blood platelet-activating factor (PAF)-related models. PAF was used to release the proteolytic enzyme elastase from human neutrophils. Calaguala inhibited this effect with an IC50 = 0.1 mg/mL. The PAF antagonist ginkgolide (BN 52021) was used as a pos. control with an IC50 = 0.034 mg/mL. In the second model the inhibition of PAF biosynthesis in neutrophils was studied using lyso-PAF and labeled acetyl-CoA. Calaguala showed a concn.-dependent activity with the IC50 = 0.2 mg/mL. Since PAF may be involved in the pathogenesis of psoriasis, the activity of calaguala seen in these PAF assays may contribute to the clin. efficacy of the ext.

Five flavonoid compds. were isolated from 2 Polypodium species (P. decumanum and P. triseriale) with the common name Calaguala. Structure elucidation was carried out using different NMR techniques and revealed the presence of 1 new glycoside (kaempferol 3-O-?-D-xylopyranosyl-(1-2)-?-D-arabinopyranoside) (I), 2 known flavonoid glycosides, rutin and kaempferol 3-O-?-D-arabinopyranoside, the trimeric proanthocyanidin, selligueain, and the coumarinic acid deriv., melilotoside. The compds. were tested for their activity in platelet activating factor (PAF) induced exocytosis in human neutrophils but none of the compds. showed PAF specific activity. Instead, they showed more general effects on the neutrophil including inhibition of the spontaneous elastase release (melilotoside) and potentiation of the release induced by PAF I. Selligueain inhibited the proteolytic enzyme, elastase in vitro.

The in vitro effect of Anapsos (Polypodium leucotomos extract), a water based ext. of the naturally occurring fern Polypodium leucotomos (Calagualine), on human leukocyte fractions was investigated. Calagualine inhibited interleukin-2 secretion and Con A (Con A) stimulated proliferation of T-lymphocytes in a concn.-dependent manner. In contrast, a greatly enhanced secretion of IL-1a, IL-1? and tumor necrosis factor a was induced suggesting a stimulation of monocytes and dendritic cells also present in this system. Endotoxin induced stimulation was excluded. Also in the absence of Con A, calagualine stimulated cytokine prodn. The presented data show for the first time that calagualine exerts an immunomodulating effect on leukocyte fractions, paving the way for further detailed studies related to possible clin. efficacy.

Over the years, I’ve developed a good feel for creating exceptional images of your fine art projects. Whether you need new slides for an art show application, shots of you in action for your studio’s website or just want to capture your beautiful art collection, I can get the photos you need with the spirit you’re looking for without compromising your artistic vision.

We’ve worked with dozens of artists and fine art collectors over the years to document their artwork. No matter the reason why, I can provide you with documentation that not only documents your artwork, but captures its inner soul.

Sweden Journal of pharmacy and pharmacology

The South American fern Polypodium decumanum, traditional name calaguala, has documented clinical use in oral treatment of skin disorders, including psoriasis. The inflammatory mediator platelet-activating factor (PAF), has been implicated in the pathogenesis of psoriasis. A constituent of a calaguala extract has been shown to have inhibitory activity in a PAF-induced exocytosis model in human neutrophils. The compound was identified as the sulphoquinovosyl diacylglycerol 1,2-di-O-palmitoyl-3-O-(6-sulpho-alpha-D-quinovopyranosyl)-glycero l by spectroscopic means. When subsequently studied in an in-vitro model for [3H]PAF binding in neutrophils from man the compound caused dose-dependent displacement of [3H]PAF from its receptor with an IC50 value of 2 microM. It is suggested that the compound acts through PAF receptor antagonism in intact human neutrophils.

The fern P. decumanum, commonly called Calaguala, has a clin. documented use in South America and Spain in the treatment of psoriasis. One of the inflammatory mediators isolated in abnormally high quantities in the psoriatic skin is leukotriene B4 (LTB4). Calaguala was tested in an in vitro model using human leukocytes for its ability to inhibit the LTB4 formation. The inhibition was found to be caused by the polyunsatd. fatty acids (PUFAs) linoleic, linolenic and arachidonic acid. IC50 values were detd. for the isolated acids and compared to a group of closely related acids also commonly found in nature. IC50 values for most acids tested were of the same magnitude (20-60 ?M) except for arachidonic acid which showed stimulatory activity and 8-(R)-hydroxylinoleic acid which gave 30% inhibition with the highest dose tested (120 ?M). The amts. of PUFAs in different Calaguala ext. were quant. analyzed and it is concluded that the fatty acid constituents of Calaguala may contribute to the clin. effects of the ext.